Following in the shivering footsteps of a middle-aged immigrant woman through a cold winter night in Brussels, ‘Ghost Tropic’ is a subtle, heartfelt story on finding your way home. Bas Devos is one of European Cinema’s most important new voices - and the first Young Master of WEEKEND.
Cinemateket
Tickets
Udsolgt

Devos’ portrait of life in Brussels following the 2016 terror attacks (‘Hellhole’) premiered at this year’s Berlinale. Immediately after the festival Devos reached for his camera and three months later his next film, ‘Ghost Tropic’ opened Directors Fortnight at Cannes. ‘Ghost Tropic’ is born out of ‘Hellhole’, yet in style they are complete opposites.

Where the first film was written and developed through many years and shot in carefully composed tableaus, ‘Ghost Tropic’ is carried by its candid bluntness, created from sheer passion and shot guerilla-style in the moonlit streets of Brussels in just 15 days.

Devos spent much time with young immigrants in the suburbs of Brussels, fascinated by their lives, their families and the mothers - these mute women in veils, sitting silently on the bus, walking through the streets with their trolleys, disappearing into anonymous apartment building. ‘Ghost Tropic’ is the story of one of these women.
‍

Efter a long day’s work, 58 year old Khadija (Saatia Bentaïeb) falls asleep on the metro. When she wakes up at the terminal station, she has no choice but to walk all the way home through the cold streets. A journey on foot through the darkness as Khadija must ask strangers for help and help other restless souls of the night herself.

The cold winter night is the temporal frame and the soul of the story. The city itself plays a main character once again, not as a ‘hellhole’ like i Devos’ previous film, but as a space between dream and reality. The film was shot on 16mm, granting the dark images texture and warmth and the story is carried by budding hope unlike ‘Hellhole’ and many other portraits of immigrant lives.

‘I realized that ‘Hellhole’ didn’t answer the central questions of the film, mainly on purpose, because I didn’t have any answers,” Devos explains, “But then I realized that maybe the answer was simple: We are all human, and if we meet each other with openness, there is hope and there is light. And there it was, my film!”

Bas Devos is WEEKEND’s first Young Master. Watch both ‘Hellhole’ and ‘Ghost Tropic’ at the festival, and meet Devos for a talk on his oeuvre in conversation with Danish director Rasmus Kloster Bro. 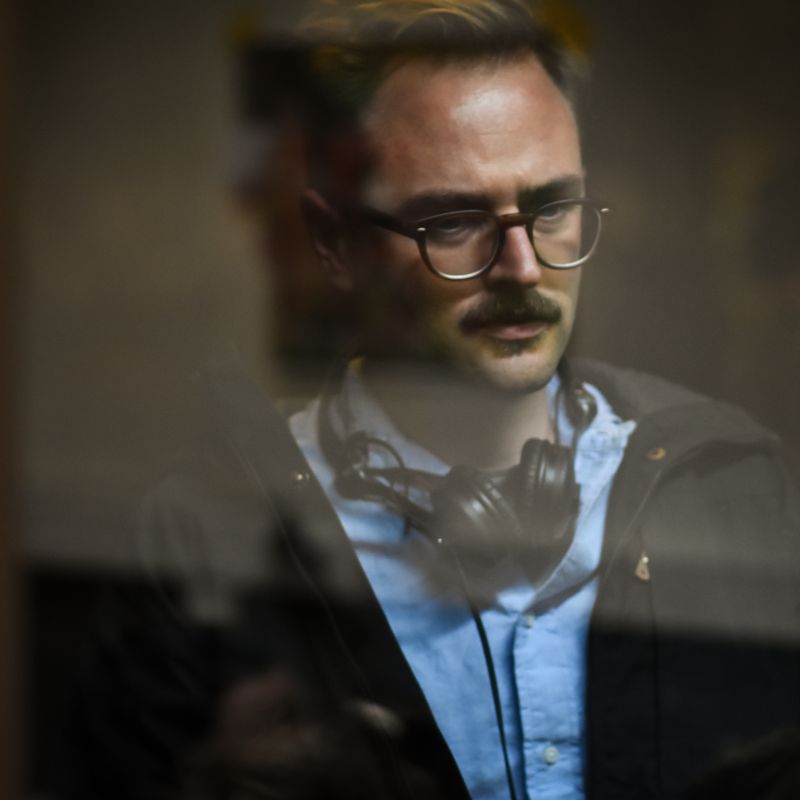 Since his graduation, Devos (born 1983, Zoersel) has created four shorts: ‘Taurus’, ‘Pillar’, ‘The Close’ and ‘We Know’. His first feature, ‘Violet’, won the Jury Prize at the Berlinale Generations, was selected for New Directors New Films at the MoMA NY and showcased at CPH PIX. ‘Hellhole’ premiered at the Berlinale Panorama in February 2019. Bas Devos’ third feature, ‘Ghost Tropic’, started production after the Berlinale and premiered at Cannes’ Directors Fortnight in May 2019.

“For 'Ghost Tropic' I wanted a short and intense creative process after the two drawn-out periods with ‘Violet’ and ‘Hellhole’. It was possible, without compromising the film, to shoot it over a short period. ‘Ghost Tropic’ will occupy a special place in my filmography because it was created out of pure passion and the desire of a group of filmmakers to make a film that goes beyond the usual well-worn paths. We really believed in this film. Because the original reason for coming together for this project lies with the irrefutable core of the story.”