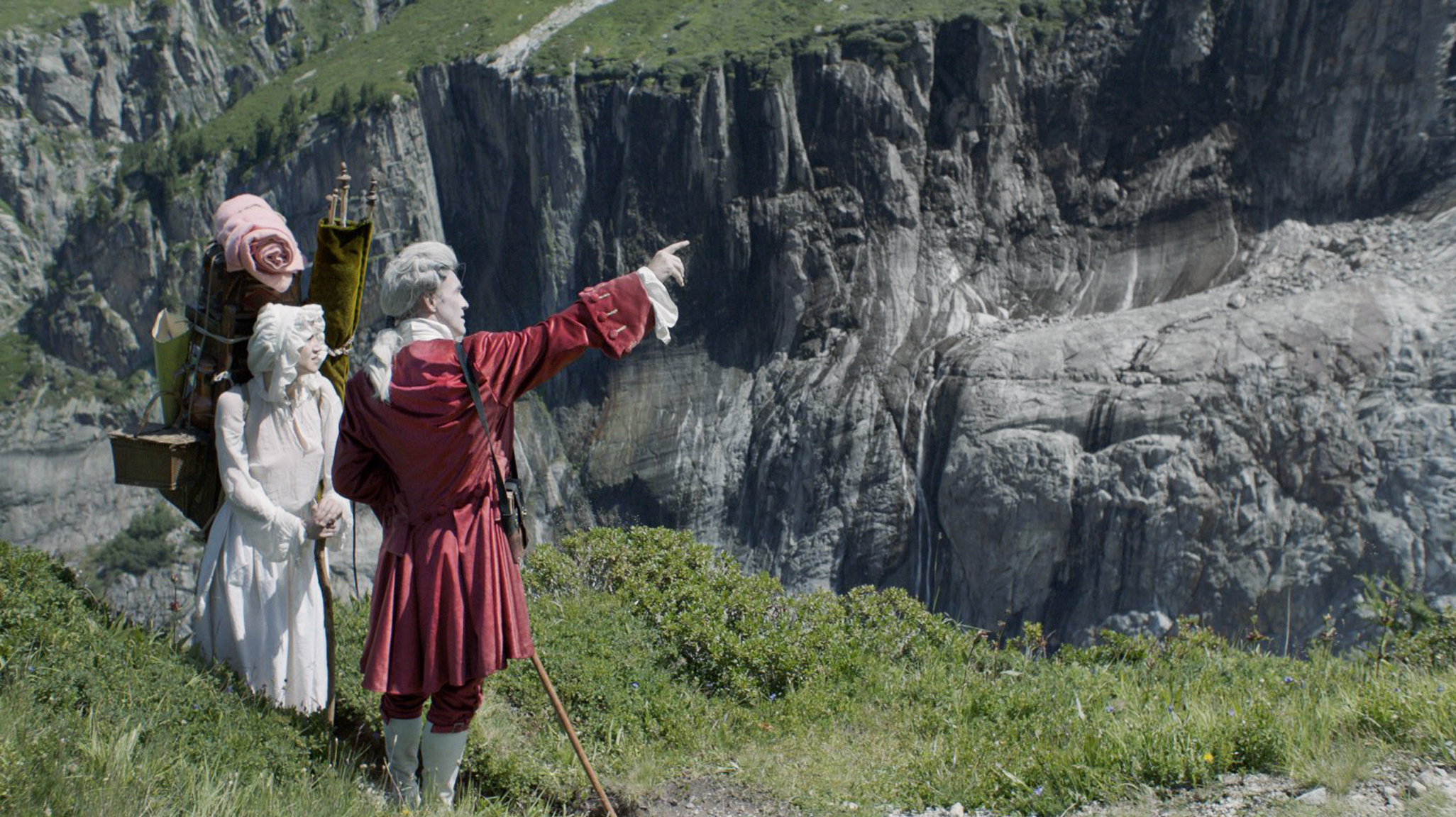 A man of Enlightenment travels to the French Alps in search of inspiration but ends up realizing that he hates nature. A road movie from the 18th Century.
Øst for Paradis - Aarhus
Tickets
Udsolgt
Grand Teatret
Tickets
Udsolgt

After the screening on November 14, the director Illum Jacobi and museum inspector from SMK, Henrik Holm, will present a 20 minute on talk on our relation with nature through the lens of art history. The talk will be in Danish.

France, year 1769. Philosopher Edmund Burke flees from his home in London and sets out on an expedition through the Alps. His purpose: to describe the Sublime. But the scenic surroundings prove difficult to encapsulate, the ants bite, and the shoes chafe. There’s a certain hilarious quality about the film’s decadent nobleman when he staggers about in the mountains in heavy make-up and a wig, hell-bent on getting his revenge over the treacherous landscape. And at the same time, director Illum Jacobis’ majestic images contain a subtle critique of modern man and our constant need for controlling the nature we inhabit.

Ilum Jacobi (1977) studied cinematography at The Danish Filmschool. He has a background as a mountain climber and has been on expeditions in the Arctic and the Amazon. The Anthropocene Epoch and mankind's relationship to nature are recurring themes in Ilum Jacobi's film projects, including 'The Trouble with Nature', which had its world premiere in Bright Future Competition at International Film Festival Rotterdam 2020.