A widower’s marriage proposal might have been the rescue for a single mother, but tragedy ensues due to bizarre cultural norms in Mahnaz Mohammadi’s unnerving drama about how tradition and religious orthodoxy are preventing change in contemporary Iran.
Cinemateket
Tickets
Udsolgt
Grand Teatret
Tickets
Udsolgt

The American sanctions against Iran puts pressure on the population, and even though Mahnaz Mohammadi’s debut is about an entirely different form of oppression, the effects of the grand political reprisals are inevitable.

Single mother Leila works in a factory where production is coming to a screeching halt. Layoffs are looming, and Leila is next in line since she’s a woman, the single breadwinner of her household and so strained that she has trouble even coming to work on time. However, the factory’s bus driver has taken a liking to Leila. His marriage proposal might be her only way out, and since tradition prohibits a young woman living with her step-brother, Leila must sacrifice her son to save her family.

This is the dilemma in ‘Son-Mother’ - an unsentimental look at raw, unreasonable reality in Teheran and the sacrifices a young mother makes when she places her son in an institution for deaf and mute people and her son Amir pretends not being able to speak, hear or see the injustice.

Having a background in documentary film, she grants the story a strong sense of authenticity by insisting on breaking down the barrier between public and private in the otherwise conservative Iran. As a female rights activist she continues her struggle against oppression, patriarchal laws and religious or cultural traditions controlling people’s everyday lives. 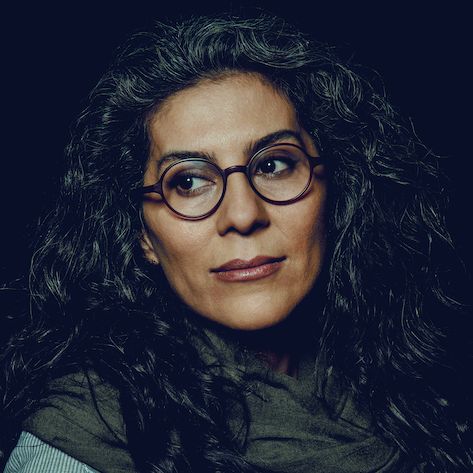 Well-known for her provocative documentaries on social issues as well as her tireless activism, Iranian director Mahnaz Mohammadi (born 1975 in Teheran) has made headlines in the likes of The Guardian, the Hollywood Reporter and Variety, and has been supported by Amnesty International and the French Directors Guild among others. Mohammadi wrote and directed her first short documentary, ‘Women without Shadows’, in 2003. She instantly received praise at international film festivals for her depiction of homeless and abandoned women in a state-run shelter, and continued documenting everyday lives and struggles of people in her following films. Her feature debut ‘Son-Mother’ premiered at Toronto International Film Festival in September 2019.

“It is hard for me to imagine Iranian life without tragedy. The moral obligation to tradition in very unsafe situations can be extremely cruel and very effective. Leila does not have any choice. Her life does not completely belong to her. She is supposed to live in a way that society wants for her. It is tradition that decides her fate. Amir has to pretend to be deaf to survive. In this ‘Son – Mother’ relationship, I try to show a critical view of our traditions and values imposed on us by the powers that be. We have become tools of our own oppression.”