Ying is pregnant and claims that she was raped by a teacher. Her father returns from his overseas job to fight for his daughter's justice, but neither the school or the police are able to help. A journalist shows interest in the case, but also gives up trying to find answers and decides to wait until the baby is born.

Zhai Yixiang’s lowkey genius ‘Mosaic Portrait’ is composed as a whodunit but rather than  placing blame the director is much more interested in Ying and all the men - dad, teacher, journalist, principal, policemen - who perceive her, each from their own prejudiced viewpoints. Without truly seeing her, all these male gazes construct the titular mosaic portrait of Ying and her rebellious nature. She wants to be seen and recognized, but is isolated and alienated until Yixiang finally and compellingly shows us the young woman's own point of view.

The 31 year old director plays with the act of looking and portrays the little community with x-ray vision and a sure-footed sense of atmospheric imagery. The film is lush and gorgeous in its scope format, and Yixiang has created a modern, rebellious drama capturing the silent conflicts between the viewer and the viewed, between tradition and modernity, between generations and all the young Chinese women who are starting to see themselves clearly. 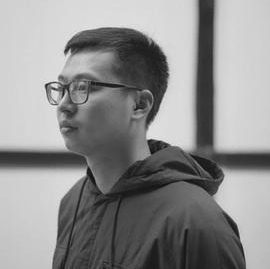 Born in 1987, Zhai Yixiang is a young director and screenwriter living in Beijing. His debut feature film ‘This Worldly Life’ (2014) was selected as one of the official finalists in the 11th Chinese Independent Film Festival, and awarded Best Artist Contribution in the 9th FIRST International Film Festival, as well as K26 Best Feature Film in the 15th Filmfest Hamburg. His second feature ‘Mosaic Portrait’ (2018) won several significant funds before completion, including the Grand Prize in the Golden Horse Film Project Promotion and the White Light Post-Production Award in the WIP Lab of Hong Kong-Asia Film Financing Forum.

“This is a story about a victim and her living environment. This is also a story of binary oppositions. Besides the narrative itself, it portrays the relationship between the urban and rural, the civilized and savaged, the male and female, the abusers and abused, and all in all, the differences between you and me.“