A young seamstress faces more than thread jammed on the bobbin when she encourages her fellow colleagues to organize and protest. Join us on the barricades in this warm, colourful film about unity and community - a hard-hitting accusation against the textile industry and its exploitation of cheap labour.
Grand Teatret
Tickets
Udsolgt

Your t-shirt label used to read ‘Made in China’ but as wages increase, the international clothing manufacturers change direction and now the textile industry is booming in Bangladesh. Fashion houses like Pierre Cardin, Hugo Boss and GAP gets their clothing made in Bangladesh where export of textiles has skyrocketed from 9 to 29 billion dollars in just 10 years. This success, however, does not benefit the 4,5 million factory workers. Their conditions are tough, the minimum wage is among the lowest in the entire world and only a mere 3,8 percent of the workers belong to unions. ‘Made in Bangladesh’ is the story of the women sowing our dresses and t-shirts, a moving tale about injustice and exploitation as well as unity and self-worth.

Shimy fled from her village as a teenager when her stepmom wanted to marry her off. Now she's 23 years old and living in Dhaka, where she’s bent over a sewing machine all day long at one of the capital’s sewing factories. When a fire at the factory results in the death of a colleague, Shimu learns more about worker’s rights and how to enforce them. But organizing a group of women who fear for their future while clashing with the men running their lives both at the factory and at home is no easy feat.

Rubaiyat Hossain is one of few female directors in Bangladesh, and her voice is an important one in the struggle for women’s rights. ‘Made in Bangladesh’ is based on the story of a young union leader who fled when faced with an arranged marriage, ended up in a sweatshop and decided to take her struggle and her rights into her own hands. And as such, the film is also a testament to the power of women in Bangladesh who are conscious of their own worth.

Hossain’s work exudes a great deal of authenticity and a warm, colourful and optimistic style that appeals to a local audience. Like a modern Norma Rae Shimu discovers a renewed sense of strength and stamina within herself, proving to the working women that they are strong and capable of making changes when they stand together.

‘Made in Bangladesh’ is co-produced by Danish BeoFilm. Meet both director Rubaiyat Hossain and the film’s role model, Daliya, at WEEKEND. 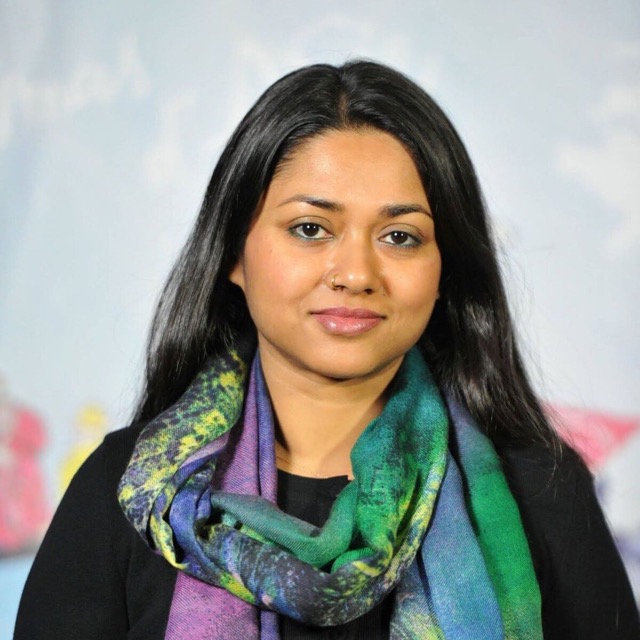 Rubaiyat Hossain was born in Dhakha, Bangladesh, and holds a master's degree in cinema studies from New York University's Tisch School of the Arts. She has written and directed the features ‘Meherjaan’ (2011) and ‘Under Construction’ (2015). ‘Made in Bangladesh’ is her latest film.

“I have always been interested in examining, on screen, women’s lived experiences and social conditions. I did some research for three years, meeting lots of factory workers, because I didn’t have any experience working in a factory. I finally came across this woman named Daliya, who was a union leader. I felt she was courageous, strong, and articulate. She had been treated so badly, being in an abusive marriage, but she was longing for dignity. So, I could begin to write my story, which is loosely based on real events of her life.”