The summer days are long and the nights bright blue in Anna Sofie Hartmann’s seemingly simple, but gorgeous and complex film about a quiet romance between an anthropologist and a young Polish construction worker in southern Denmark. City versus country, past versus future and tradition versus change - this giraffe is a rare sight in Danish cinema.
Cinemateket
Tickets
Udsolgt 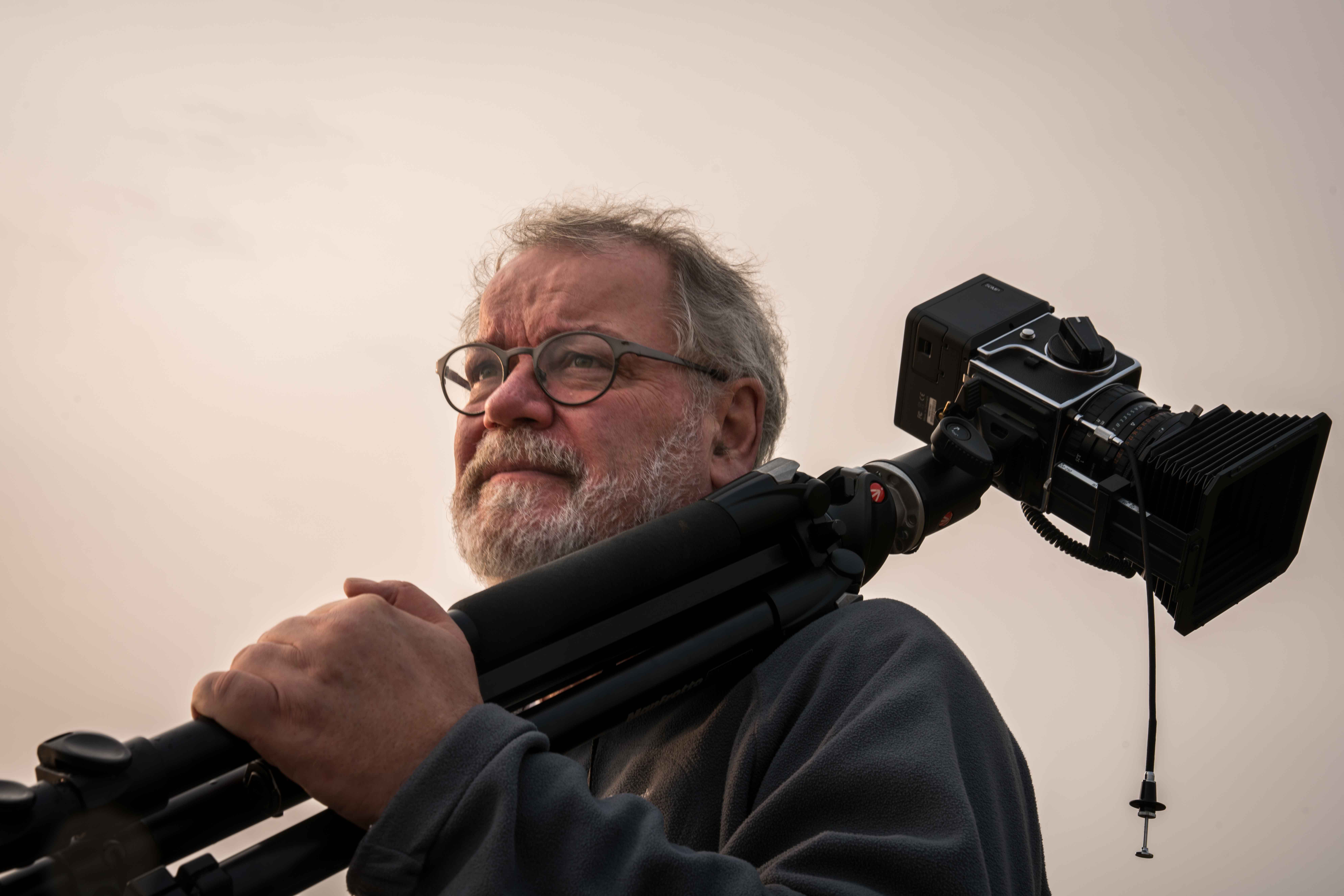 Steffen Jensen has worked at TV 2's Middle East Correspondent since 1988, reporting home from political hotspots of the world. Two years ago, he moved back to rural Denmark. Currently, he is showcasing his photo exhibition 'Homecoming' portraying his two homes: the peripheral Danish countryside and the Middle East.

After the screening of 'Giraffe' you can meet Steffen Jensen in conversation with Anna Sofie Hartmann about life in rural Denmark - far from bombs and war.

Every single frame in Anna Sofie Hartmann’s new film is curated with an eye for detail. And details and hidden stories are just what Dora (Lisa Loven Kongsli, ‘Force Majeure’) arrives to Lolland to document before it’s too late. The groundwork is being laid for a tunnel that will rejoin Denmark and Germany in the coming 10 years, forever changing the area on the Danish side of the waters.

Dora interviews locals whose homes must give way to the enormous building project. She collects data and studies hidden stories found in old diaries and ramshackle houses. Her keen eye and scientific thoroughness echoes Hartmann’s own methods as a filmmaker and includes the viewer, too, encouraging us to spot the many parallel stories existing side by side with the apparent simplicity of ‘Giraffe’. When Dora meets the young worker Lucek from Poland her role as the discrete observer crumbles and a love affair arises between them - naturally, and with a soft intensity. She is 14 years older than him and they are both outsiders in the little community. From the moment they meet, their time is already running out.

The film features a cast of both amateur and professional actors but the location, too,  becomes a character of its own in Hartmann’s precisely composed and deeply atmospheric film shot in her home region. An area the newspapers call the ‘peripheral’ parts of Denmark. Hartmann knows the light and the landscape, and all raw materials are local in her personal recipe for a film in which the imagery takes centre stage. 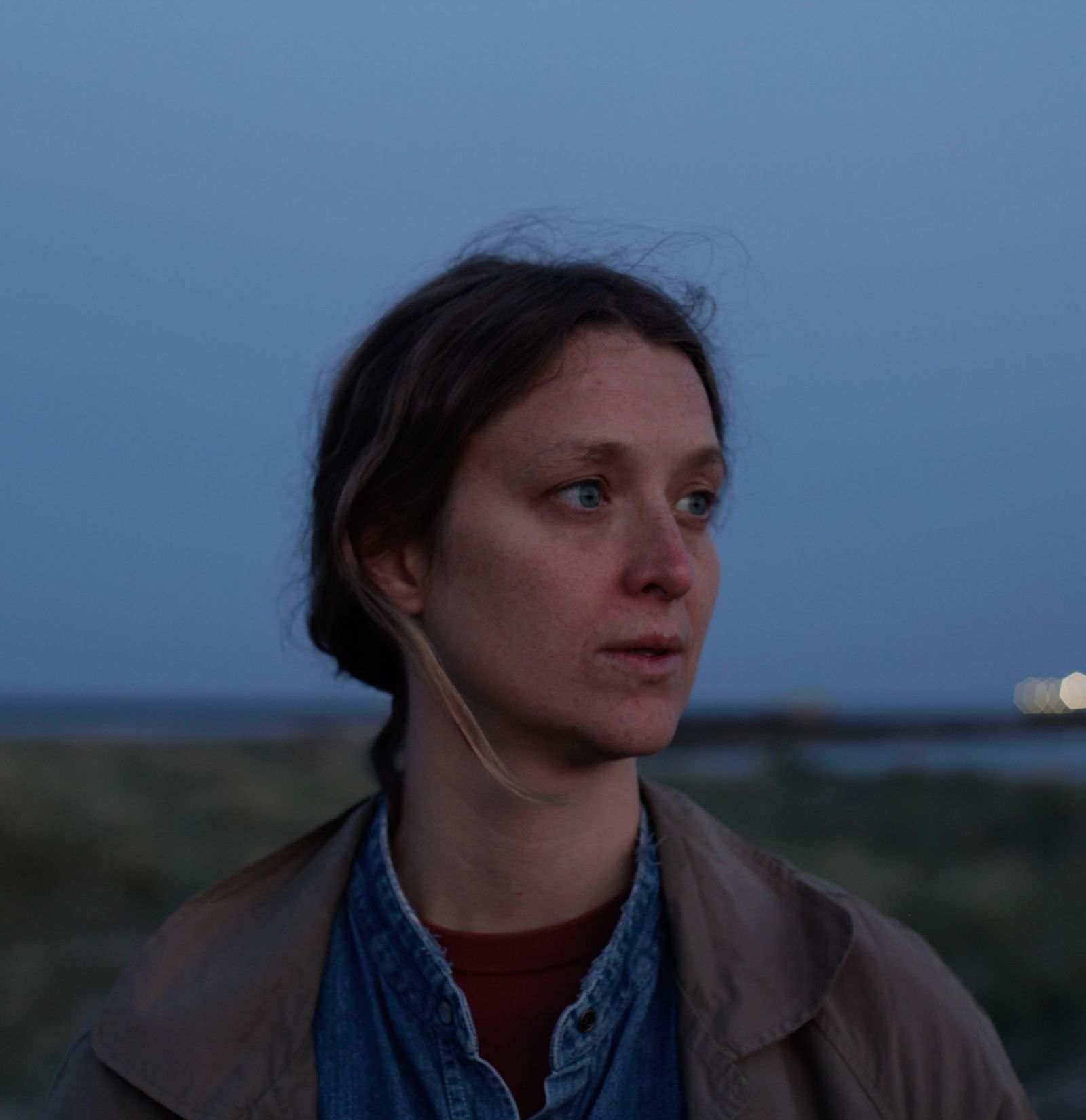 Anna Sofie Hartmann was born in 1984 and grew up in Nakskov, Lolland. After spending a year at European Film College in Ebeltoft, she moved to Berlin, where she worked Studio Olafur Eliasson. In 2008 she enrolled at German Film und Television Academy Berlin where she directed the shorts ‘Little Big Sister’ (2009) and ‘The House in the Lake’ (2010). She graduated in 2014 with the film ‘Limbo’ that held its world premiere at San Sebastian International Film Festival. ‘Limbo’ has since been screened at International Film Festival Rotterdam, SXSW and CPH PIX before it was nominated for an European Discovery Award ved European Film Awards in 2015. Anna Sofie Hartmann has received grants from Nordisk Film Fonden, Lolland Kommunes art grant, German National Academic Foundation and Statens Kunstfond. Her second feature film ‘Giraffe’ is written and directed by herself and premieren at this year’s Locarno Film Festival.

“I see Lolland as a microcosm of the changes and conditions of the post-industrial world: as in many other formerly predominantly rural areas in the Western world, the opportunities for living and working are diminishing, depopulation results and tightly knit communities are dissolving. There is a deep question here: when I can’t stay where I come from, where do I belong? Change itself is inevitable, but I find it extremely fascinating how our increased mobility and communication have reshaped how we relate to community, family and where we live - and how those changes affect our personal relationships.”