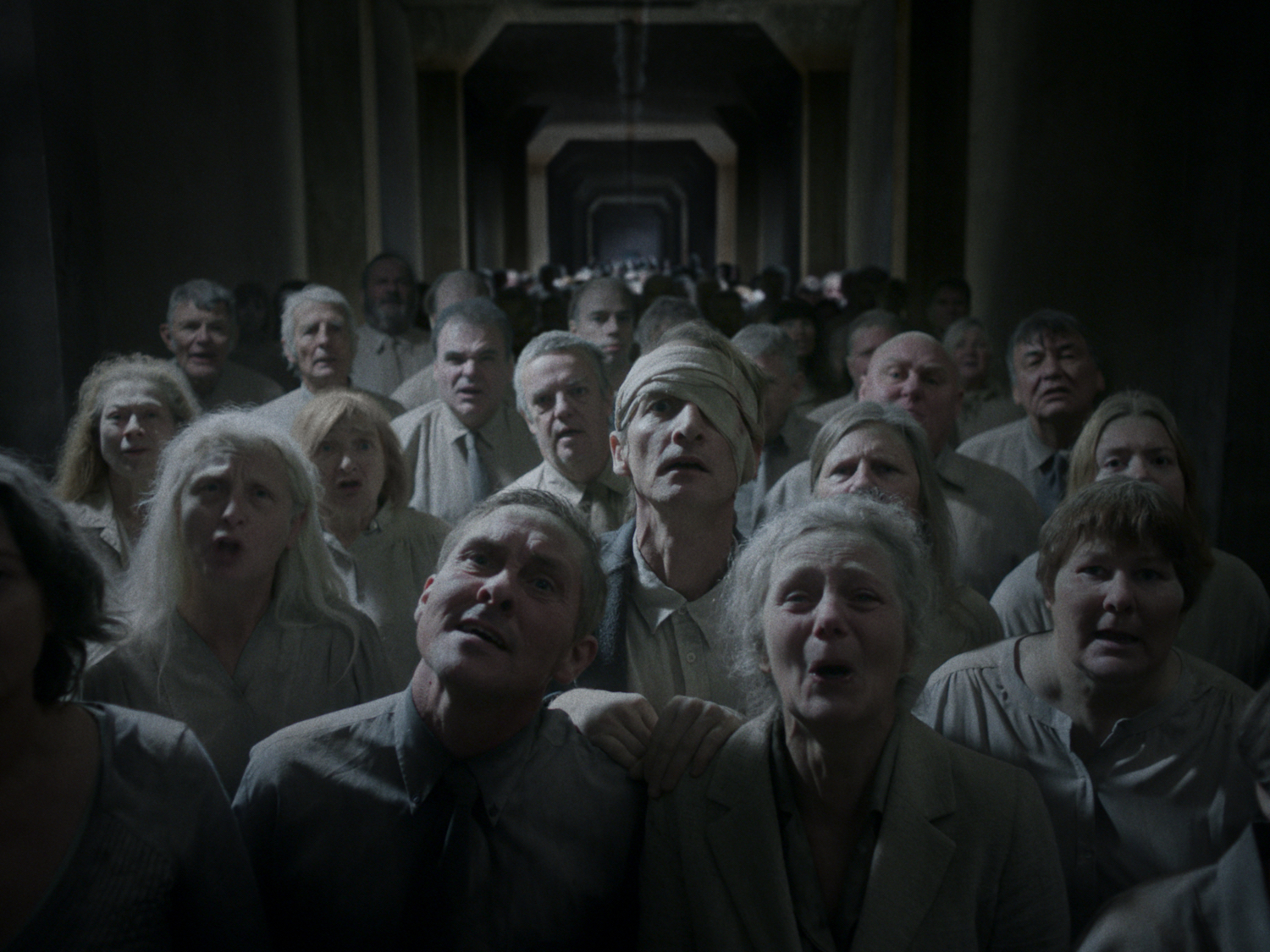 There are echoes of Andrej Tarkovskij in this pitch-dark fable of a meter reader, who gets lost in a monstrous and nightmarish apartment complex.
Empire Bio
Tickets
Udsolgt
Øst for Paradis - Aarhus
Tickets
Udsolgt

Meet the director and crew at the gala premiere on Nov 13th in Grand.

‘The Penultimate’ is like a sight from another world: A dark and gloomy parallel universe where ashen figures drift purposelessly around. And yet there is something recognizable about the surreal comedy of a meter reader who strays into a mystical building and finds himself trapped within a kafkaesque spin of absurdities. Before long, the poor man has got a wedding ring on his finger, and he’s lost in an endless search for the janitor. Closely followed by a mute pair of twins, and a boy who poses existential questions by only using sign language. ‘The Penultimate’ is one of a kind.