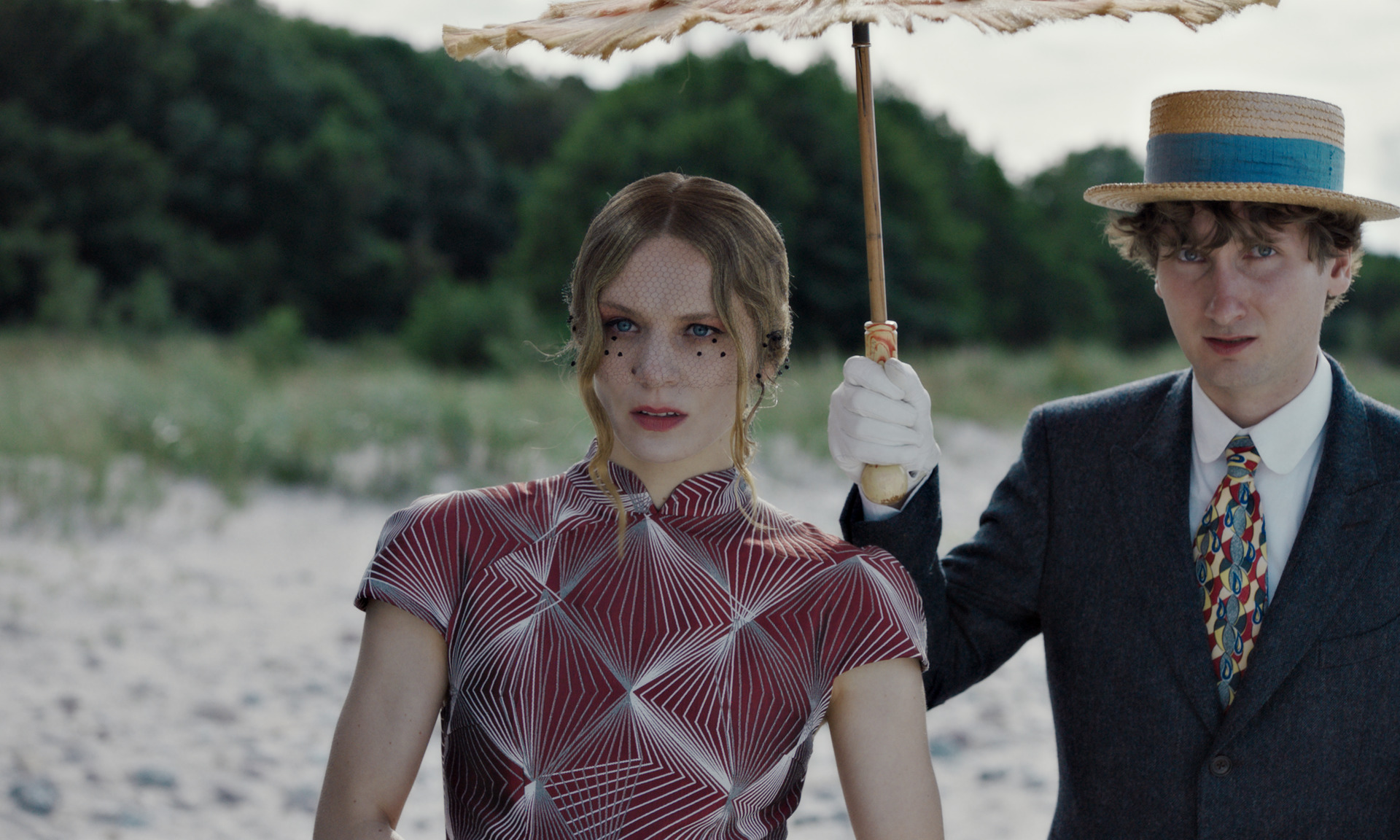 A Marxist vampire-comedy! A dirt-poor refugee falls in love with an eccentric aristocrat. All the while bloodthirsty vampires terrorize the area.
Dagmar
Tickets
Udsolgt
Cinemateket
Tickets
Udsolgt

The Goethe Institut will serve a "bloody" drink before the screening on Nov 10th.

Researcher of Literature, Elisabeth Friis, will introduce the film on Nov 13th with a short presentation on marxism.

1928. Soviet factory worker Lyovshka is cast to play Trotskij in a film by Sergej Eisenstein. But when the authentic Trotskij falls from his graces with Stalin, also poor Loyoyshska is forced to go on the lamb. Underway he meets eccentric aristocrat Octavia Flambow-Jansen, who spends the summer in her luxurious beachside mansion. A summer fling ignites when suddenly bloodthirsty vampires start attacking the area’s farmers and laborers… ‘Bloodsuckers’ is both an intellectual and incredibly humorous film about the many vampires of capitalism. Safe to say that you won’t see another or better Marxist vampire-comedy this year.