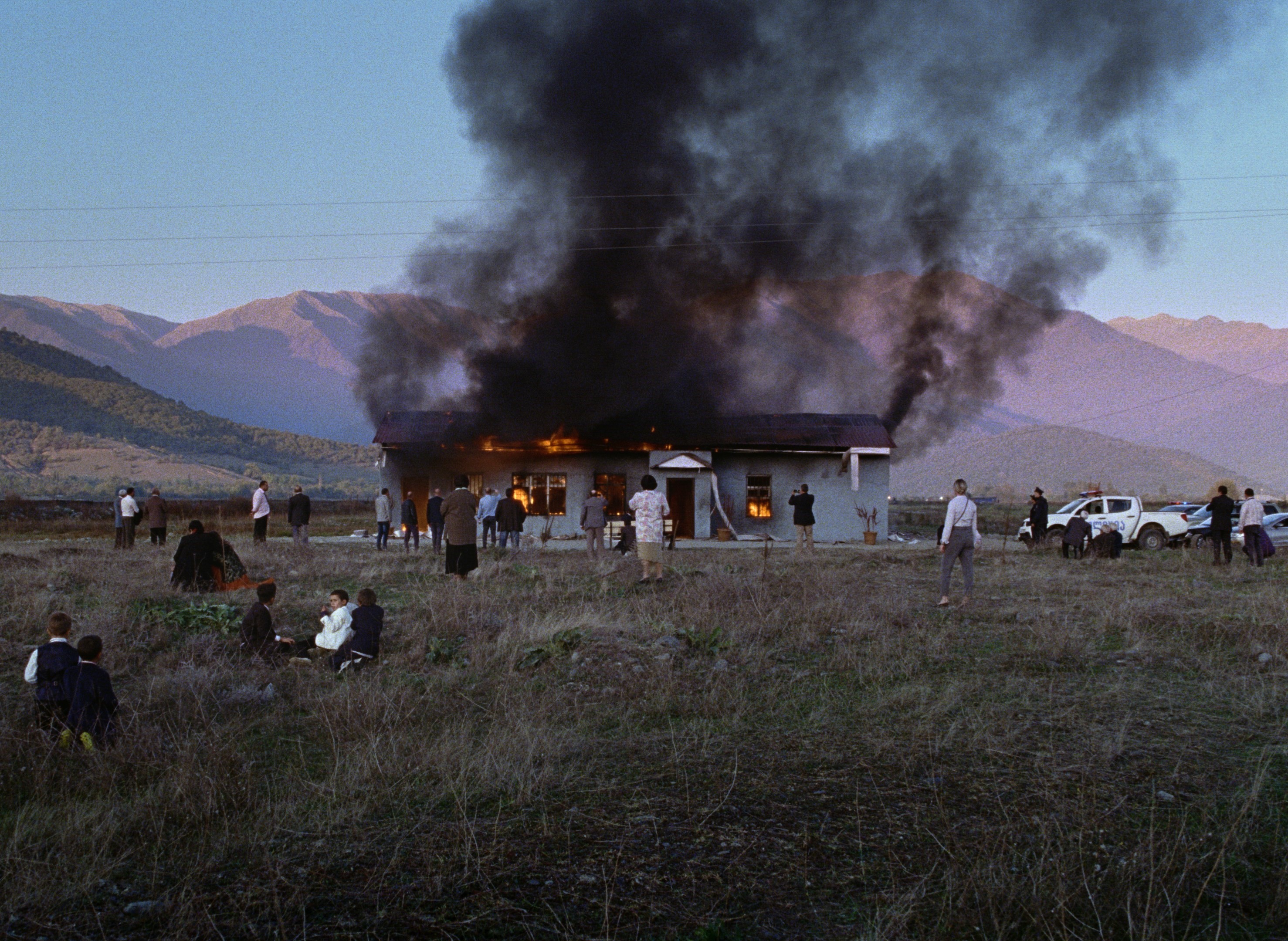 Virtuoso imagery in the twilight of faith and (sur)realism in the barred-up world of Jehovah’s Witnesses. A dark tale of forgiveness and revenge.
Grand Teatret
Tickets
Udsolgt
Cinemateket
Tickets
Udsolgt

The Georgian embassy will serve a glass of wine on Nov 14th.

Every frame in ‘Beginning’ is a work of art. But beauty and ferociousness are broken with a sublime force in Georgian Dea Kulumbegashvili’s long-awaited debut, which starts with chock and then transforms into a dark tale. Yana has escaped from her past and is now a missionary for the Jehovah’s Witnesses in a village on the outskirts of the world, where they’re ostracized by the local community. A brutal attack on the missionaries’ lodgings ignites a chain of conflicts and Yana is thrust into a deep crisis that completely dissolves any identifiable boundaries between reality and the dreamlike – and between religious faith and down-to-earth realism. Kulumbegashvili is an imaginary and virtuoso image-maker and her timeless debut feature is shot on real 35mm film.