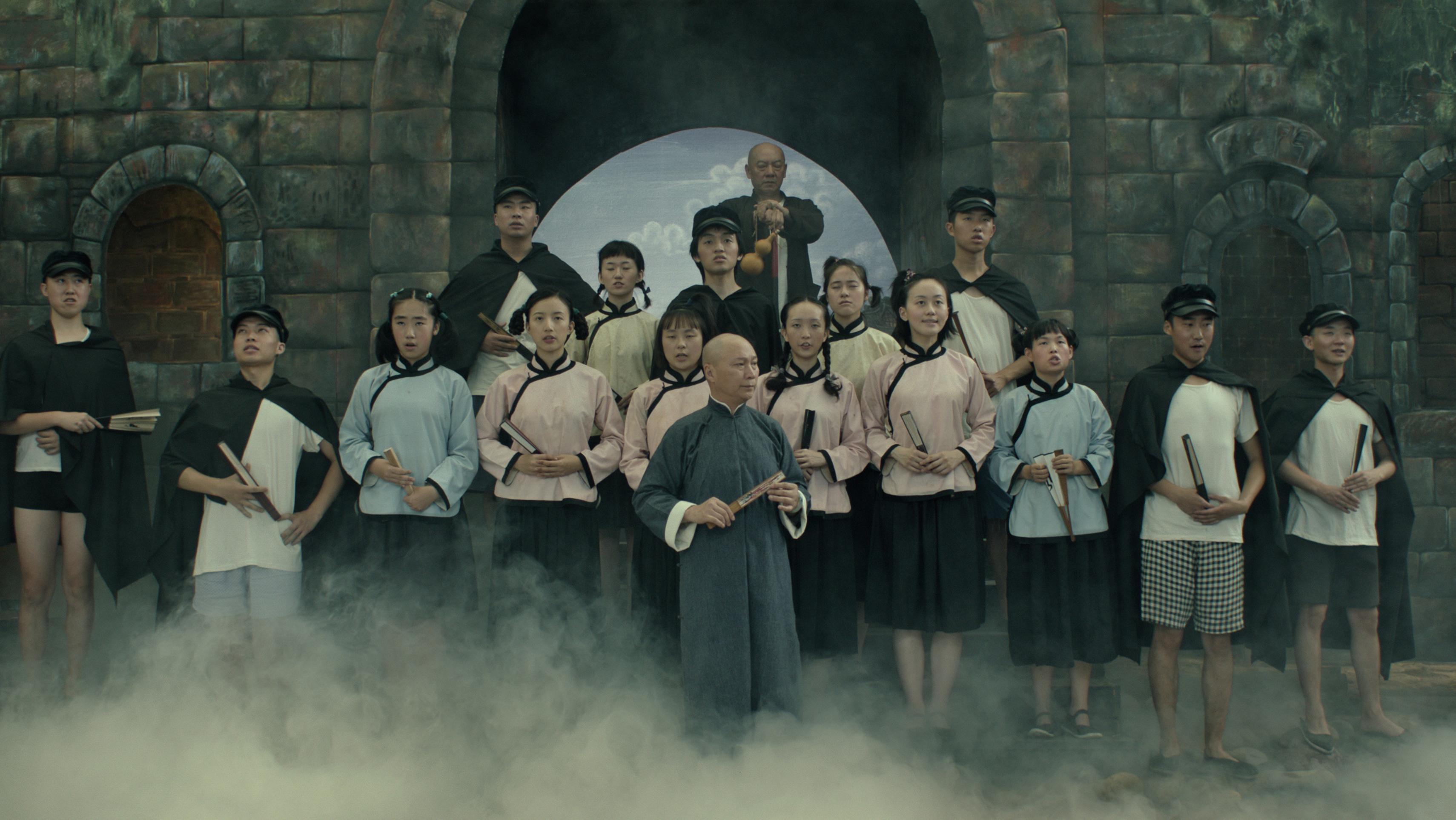 Wild art film tells the history of China throughout the 20th Century in sumptuous tableaus and via an actor’s journey to the realm of the dead.
Dagmar
Tickets
Udsolgt
Cinemateket
Tickets
Udsolgt

Impenetrable fog. To men in a rickshaw with bright neon lights can barely be made out. Functionaries from the Underworld, they have arrived at the threshold between life and death to accompany the recently deceased Qiu Fu to Ghost Town. The journey through the fog of death turns into a journey through 20th Century’s China. ‘A New Old Play’ is not just a film. It’s an outstanding mixture of traditions from a wide array of artistic mediums such as painting, Chinese theatre, and visual culture. Ever-chancing tableaus with abundant, kitschy set-pieces lay the groundwork for Qiu Fu’s fascinating trip to the realm of the dead.